The 25-metre King Street Water Tower will pay respects to Caboolture’s history after the majority of the community voted in favour of the ANZAC design.

The mural was inspired by the adjacent Fernhill Village (currently Bolton Clarke Care Home) which supported and cared for war veterans.

The local artist group – the Brightsiders – worked closely with Unitywater, the local RSL, Bolton Clarke and the broader community to come up with a design that was thoughtful and inspiring.

On one side of the mural, a young girl is in a WW1 nurse’s uniform as a way to pay tribute to the nurses at Fernhill Village but also show that because of the sacrifice of our current serving personnel and veterans, Australia’s next generation has an optimistic future.

On the other side of the tower, a silhouette of an Australian soldier will be illuminated against the rising sun which symbolises the ANZAC spirit shining behind the community.

This is all tied together with a wreath which encompasses the traditional rosemary and red poppy as well as native species found in the Caboolture region which include Bottle Brush, Paperback, Moreton Bay Fig leaves and Banksia.

The mural is expected to be unveiled in early July. 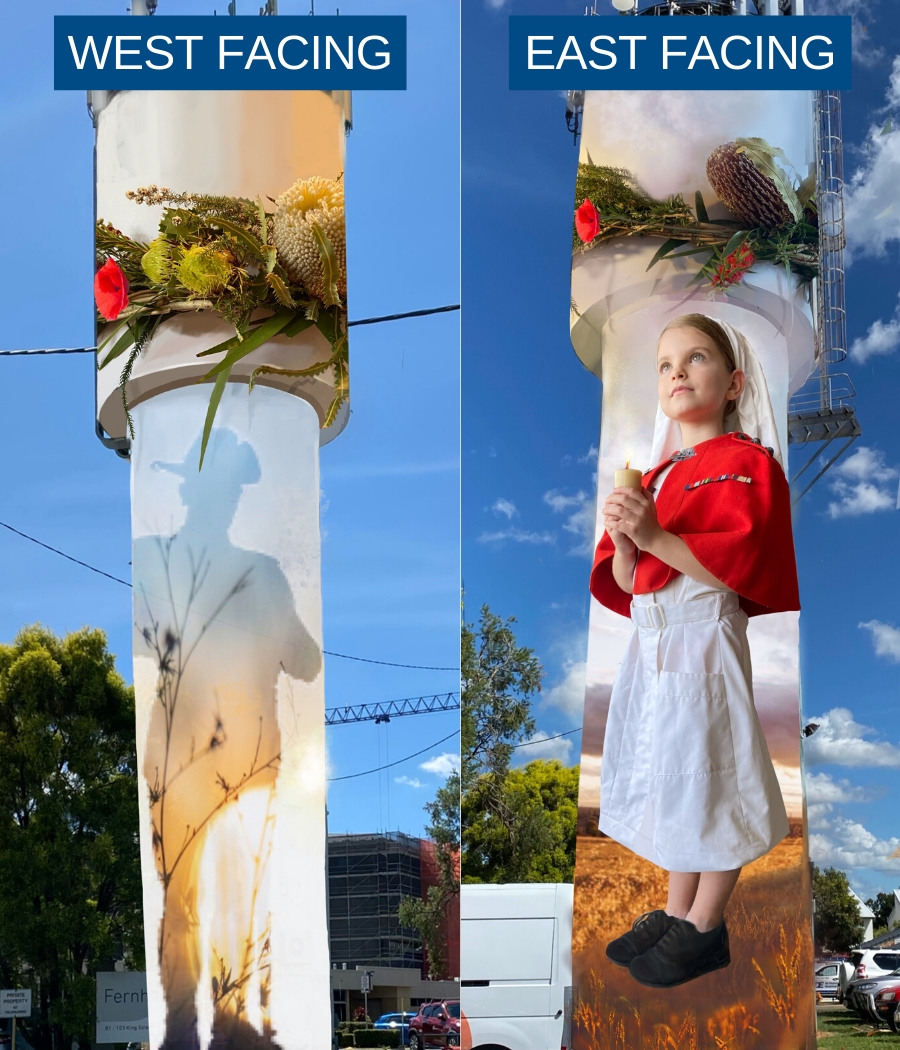