Julie had quietly but consistently campaigned for the Caloundra reservoir on Queen Street to be transformed into something local residents could admire.

“It was a three-year odyssey,” Bruce said.

“She volunteered for a lot of things. I wouldn’t call her community activist, but she held onto this like a dog with a bone.”

Julie sadly passed away from lung cancer in June last year, aged 63, and so did not live to see the project through, but Bruce said she would be pleased with the result.

“I think it’s a terrific outcome. Julie would just be delighted,” he said. 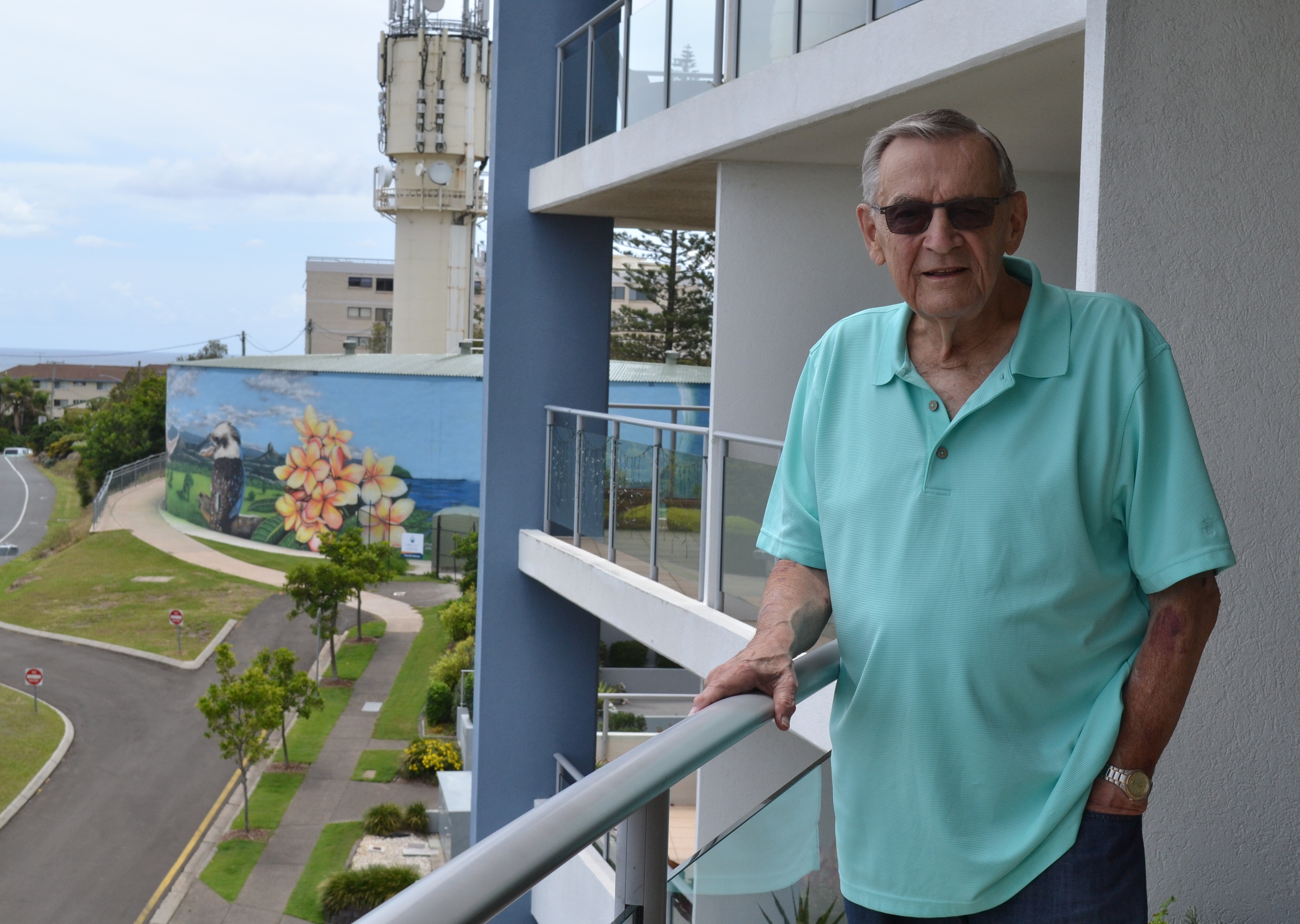 In December last year Unitywater, with local artists and the community, created the bright mural that now covers the reservoir. It aims to capture the tranquillity and natural beauty of Caloundra by depicting the native flora and fauna of its hinterland.

Bruce said it was a great example of the community, council and Unitywater working together.

Unitywater CEO George Theo said nearby residents were so impressed by the mural it was “stopping traffic”.

“The project has been a huge success in bringing the community together,” George said.

“The reservoir has long been a part of the Caloundra community. It’s been wonderful to hear the local stories and memories and now see them interwoven through this mural.”

Unitywater hosted a community barbecue with the Caloundra Rotary Club on Saturday 7 February to celebrate the finished product with local residents.

Sunshine Coast Divisional Councillor Tim Dwyer said he was pleased to see the finished result of the mural project which he had worked on for many years.

“As well as the mural brightening up the reservoir walls, I hope those who have tagged the location in the past will come to appreciate and respect this wonderful piece of public art.

“The project both complements and revitalises the surrounding area and is something we as a community can all enjoy and be very proud of.

“All the feedback I have received has been really positive and the community has been absolutely thrilled with the end result.”