The existing sewerage network has insufficient capacity to cope with the increased flows that will be delivered by catchment population growth.

Unitywater is upgrading the system to meet future demand and to improve its ability to cope with sewage flows in severe wet weather.

We welcome your feedback on this project.

Give us your feedback here 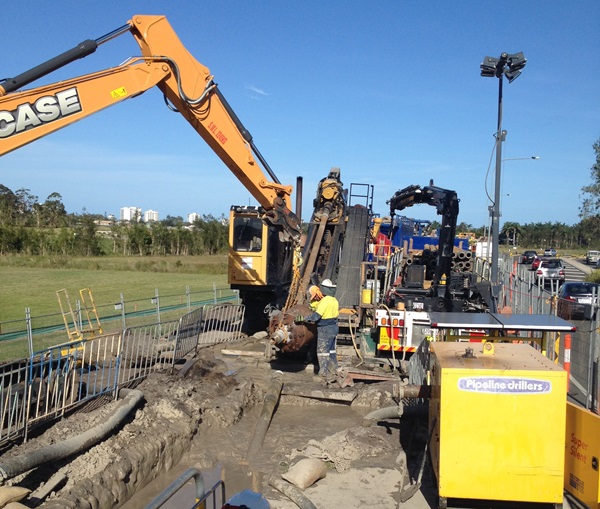 To increase the network’s capacity, Unitywater is building the following infrastructure:

This project will free up capacity in the existing Maroochydore Coastal Sewerage System as well as reduce the load on the wider Maroochydore sewerage network. At an estimated $15.9 million, this solution is the most efficient and cost-effective option.

Unitywater will keep all stakeholders informed of progress throughout the duration of the project.

The existing sewerage trunk mains are:

Unitywater contracted M&K Pipelines to construct a new sewerage main from Dalton Drive to the intersection of the Sunshine Motorway and Maroochydore Road. The sewerage main was completed in three stages using a combination of trenching and drilling.

Stage 2 involved trenching from Maroochy Boulevard through the easement to Macleay Lane, and along the footpath to the intersection of St Helena Street. 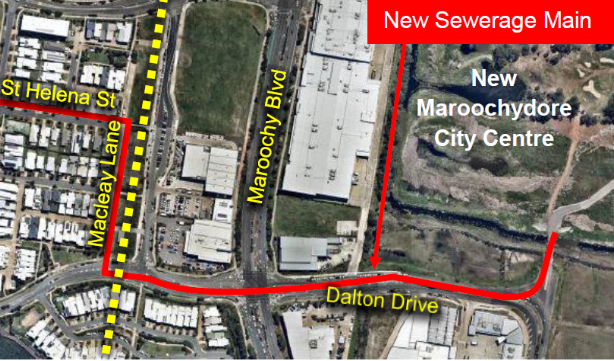 Stage 2 involves trenching from Maroochy Boulevard through the easement to Macleay Lane, and along the left hand side of the footpath to the intersection of St Helena Street.

Trenching will continue along St Helena Street, through the vacant land through the roundabout at the corner of Cheyenne Way and Sunrise Drive, and along Cheyenne Way to Cornmeal Creek. The pipe will cross Cornmeal Creek, either on the creek bed or attached to the Sunshine Cove Estate’s proposed future bridge. 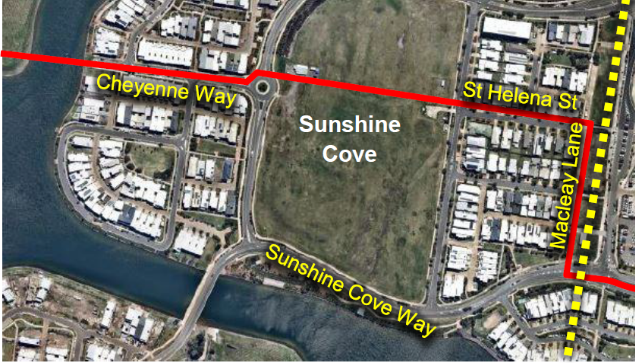 Stage 3 of the works connected the new pipeline by drilling from Allora Drive under Maroochydore Road, to the existing pipeline adjacent to the sewage pump station near the Sunshine Motorway and Maroochydore Road intersection. 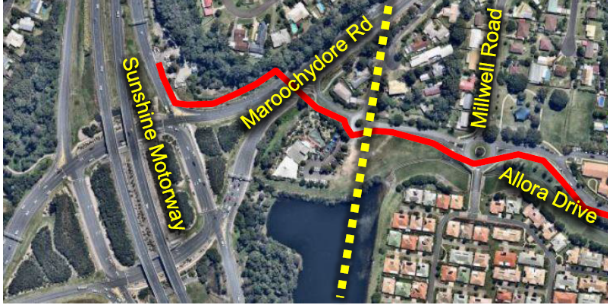 Stage 4 of the works involves trenching through the new Maroochydore City Centre to the new pump station location. This is due to be completed in December 2019. 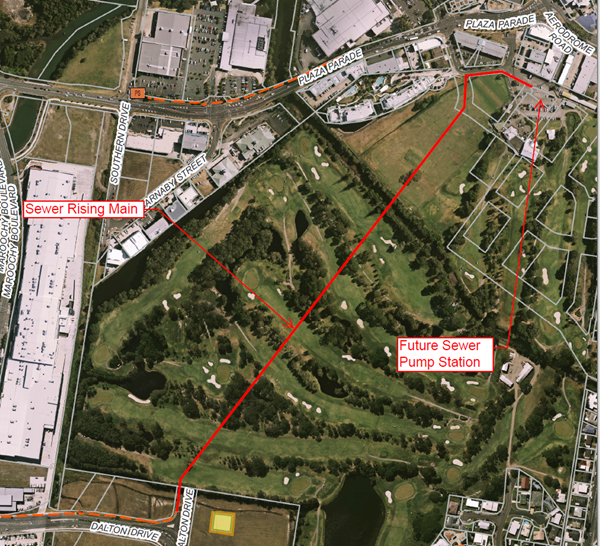 Stage 5 involves construction of the new sewer pump station. This is due to be completed in December 2019.

Commissioning is due to be complete in January 2020. 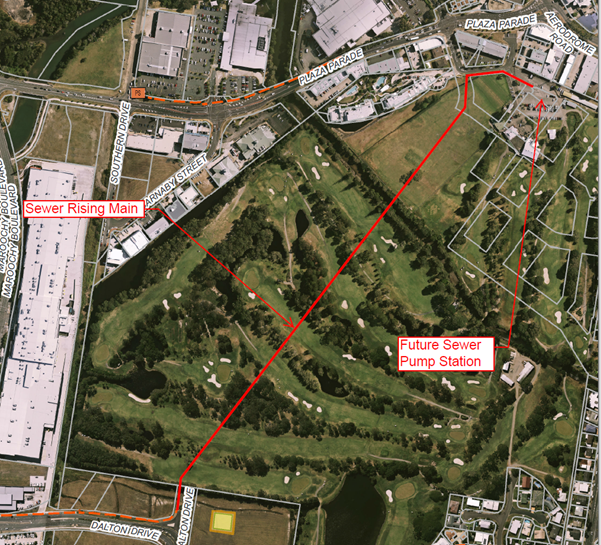 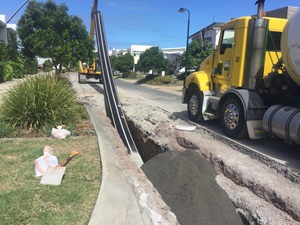 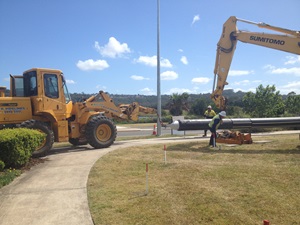